The autumn in Andalusia is, besides the spring months, the best time to discover the region's scenic and cultural highlights. We reveal what is really worthwhile at this time of the year. 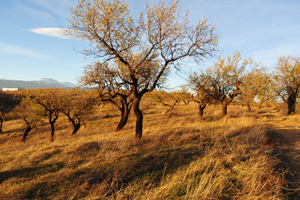 How is the weather in the autumn in Andalusia?
If August is usually the hottest summer month of the year in Andalusia, the three months known as autumn are between September and November. At the same time, the title of the late summer is well known to the first two, but the average temperatures in September and October are still between 23 ° C and 30 ° C and the water temperatures on the Costa del Sol or Costa de Almería are still over 20 ° C.

For example, the climate in the south of Spain offers the best opportunity to sunbathe on the beach, to be active in water sports, or to explore the natural and architectural beauty of the Andalusian countryside at pleasant temperatures.

Invitation to participate in events and events
Especially in the autumn, the sunny weather in Andalusia offers numerous opportunities to combine your holiday with the visit of a typical Andalusian treat.

Thus the first half of September, with the wine festival in Jerez de la Frontera, is holding one of the most beautiful and well-known of its kind in Andalusia, where the high-society of the world-famous sherry opens its wine cellars for visitors and street theater and music determine life in the city. If, on the other hand, you want to experience one of the greatest Spanish attractions with a bullfight, this would be possible in the bullring in Ronda at the Fiesta de Pedro Romero.

The same is also the case at the large folk festival Feria de San Lucas, held in Jaén in October, during which numerous other attractive events are offered during the course of an ample week.

With the Iberoamerican Film Festival of Huelva and the Seville Film Festival, November has two highlights for cinema friends and invites jazz lovers from near and far to the Málaga Jazz Festival.

How about a wonderful tour?
From the middle of September until well into November, the mild weather and only a few rainy weather is ideal for taking part in a round trip through Andalusia or its independent realization. Here you can get to know and explore many of the Andalusian sights on train trips, car trips and bike tours.

Train trips mainly lead to attractive cities such as Málaga, Seville or Córdoba. While the port, the Gibralfaro castle or the numerous museums are the main attractions of the city, the city of Seville attracts visitors such as the Cathedral, the Giralda Bell Tower or the Moorish Palace of Alcázar.

Traveling by car or by bike, on the other hand, can be much more individual and offer you the opportunity to get to know charming objects and small villages with their inhabitants on the edge of such a tour.

What does Andalusia offer in November?
Daytime temperatures in the coastal region between 15 ° C and 20 ° C, cooler weather in the hinterland and even cooler nights, on one or the other rainy day - all that awaits you when you are in Andalusia in November. There is ample opportunity to stroll through the white Andalusian villages, to visit the sea life in Benalmádena, or to explore the caves of Nerja, one of the most impressive caves in Spain.

In addition, you should take the opportunity to taste the delicious specialties of the Andalusian cuisine in peace and enjoyment, and to have a sherry to make your holiday in Andalusia an unforgettable experience in the autumn too.

We wish you a wonderful trip and an exciting discovery tour!